This workshop looks at the ways in which immigrant-driven diversity is integrated into the political community, from both the perspective of the majority, native population and from the immigrant communities. Two of the papers address how the majority reacts to immigrant-driven diversity, especially as it relates to religious minorities. They address support for both policies and parties. The second set of papers approaches political integration from the side of immigrants, focusing on their willingness to become members (naturalize) and to participate in its political life, as well as the barriers to such integration.

Co-Organizer: Centre for the Study of Democratic Citizenship

Prejudices or Principles? Attitudes toward the Place of Religious Minority Symbols in Québec

Otherness and Electoral Fortunes: The Niqab Debate in the 2015 Election

Becoming Citizens — Together: Preliminary Findings on the Role of Family for Immigrants’ Decisions to Naturalize 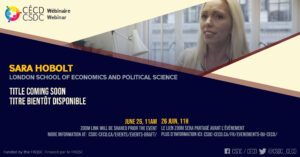 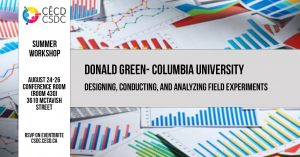 IMPORTANT: Our summer events are not cancelled for now. However, McGill informed its community that the summer...
View Calendar